Functioning nursery and primary school on 2plots of Land 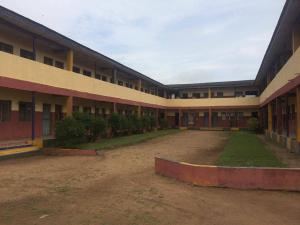 Insight for school commercial property for sale in egbe-idimu lagos

Commercial property for sale in Egbe Idimu have good road networks that make it accessible from different areas of the community such as Ikotun, Moshalashi bus stop, Ayobo, Egbeda and Ikeja. The proximity of Egbe Idimu to Ikeja makes it vulnerable to consider owning commercial properties in the area.


Egbe Idimu is one of the most popular places in Alimosho local government of Lagos state. A semi-urban area with close proximity to Ikeja, which is the capital and commercial force in Lagos state. Egbe Idimu is closer to other emerging markets such as Ikotun, Egbeda and some parts of Ogun state.


Egbe Idimu has experienced some amounts of development which includes tarred roads with streetlights and adequate drainage system, health care centres, schools and police stations. Egbe Idimu is a safe vicinity for commercial activities and the security is further enhanced by individuals business owners by employing security guards and collectively by the landlord association who is also responsible for employing night guards.


Commercial properties for sale in Egbe Idimu are relatively affordable when compared to other parts of Lagos State. It's proximity to major roads and commercial hubs in the state is one of the major consideration why business owners buy property for sale at Egbe Idimu. There are easy routes for transportation to other parts of Lagos state such as Ipaja, Ayobo, Egbeda, Shasha and Ikeja.