Land for rent in Lagos with Mosques Nearby

We have a total of 16 Land for rent in Lagos with Mosques Nearby updated on 04 Aug 2020 . Among these properties are houses, lands, shops, apartments, flats and commercial spaces in Lagos. Every Real Estate in Nigeria posted on this site is verified by real estate agents in Lagos. We also have cheap houses for rent in Lagos and cheap houses for sale in Lagos. Refine your property search in Lagos by price, number of beds and type of property

Within an Estate Badore Ajah Lagos

Three and a half plot facing the express road for rent

FOR RENT: Three and a half plot for rent before Adeba if you are coming from Ajah. It is f.. Read more

FOR RENT: Eminence Court is strategically located in shapati community of bogije,one of th.. Read more

What we once called luxury has now become a necessity. 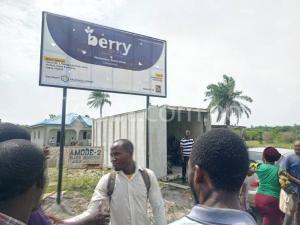 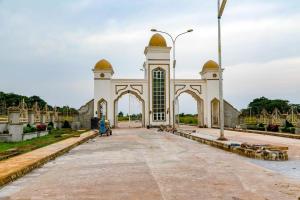 FOR RENT: Our Treasure park and graden is located at phase 3 shimawa Make a deposit of #5.. Read more

Deed of assignments, contract of sales

1 Acre of Land for sale in United Estate

Insight for land for rent in lagos

A land is a solid piece of the uppermost part of the earth, having no structure or buildings on it. A land is a reservoir of natural resources ranging from crude oil to coal to gold and the list goes on and on. The value of land increases when there is a high demand for it or if the land is embedded with natural resources.

Before now, people owned vast land in Lagos for the purpose of agriculture as a means of livelihood. The era of agriculture began to fade away as the demand for lands to build residential and commercial edifice got to a high increase.

Land can be used for residence or for commercial purposes, it can also be a good source of investment as it does not depreciate. In recent times, the land has been on a high demand due to the reason that everyone in Lagos wants to build a home to be referred to as a Landlord. Lagos is densely populated and lands have become a scarce commodity within the metropolis except for those that want to resell the lands they owned. Demand for land on the Lagos Island in recent times has been high owing to the luxuriousness of this place than on the Lagos Mainland.