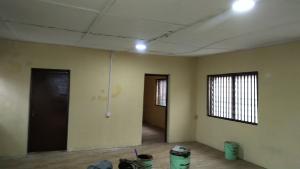 A Newly 2 Bedroom Spacious Self Compound for Lease.

FOR RENT: This is a neatly 2 bedroom spacious self compound apartment that could contain 1.. Read more

Insight for 2 bedroom flat apartment for rent in ojota lagos

Strategically located on Ikorodu road which is the busiest road in Lagos, Ojota is a popular area in the Lagos state as it is the touching ground for many first-time visitors to Lagos. Ojota is a very busy commercial hub under the Kosofe Local Government and it has a major park for buses heading in and out of Lagos. Ojota is a major hub for people heading to Ikorodu and is also in close proximity to the seat of Lagos State Government in Alausa, with it also being a popular location to rent a two(2) bedroom flat.

A two bedroom flat for rent in Ojota provides a lot of space for a starting family or individuals seeking to rent it. Most of the houses that have flats for rent in Ojota are old but well maintained, with some of the two bedroom flat being newly renovated.The centrality and easy movement to other major areas in Lagos like Ikeja, Yaba, Oshodi, Obalende, Ajah, Maryland, Epe and even Apapa make Ojota a sought-after neighbourhood.

Ojota is always busy with a crowd of people seen almost around the clock on a daily basis due to the positioning of the interstate park as well as the markets where books, clothes, food items, chemicals among other consumables are sold. A newly renovated 2-bedroom flat for rent in Ojota may cost about N700,000 per annum.